In recognition of our outstanding commitment to running profitable operations and executing a sound development strategy, Tropical Smoothie Cafe named DYNE as the brand’s Developer of the Year.

DYNE also won the Difference Maker Award, highlighting a franchisee who made the most meaningful impact on the system in 2021. DYNE received this award, in part, after launching the DYNE DYFFERENCE. A concept we developed to keep our people at the forefront of everything we do. It is comprised of four initiatives that either give back to our team members or our local communities, the PYNEAPPLE Fund, DYNE Scholarship, DYNEWELL, and DYNE Gives in December. We are extremely grateful to win this award and a big THANK YOU goes out to the entire DYNE Team!

Lastly, many DYNE Cafes were also recognized for surpassing various sales milestones in 2021. DYNE received numerous prestigious sales awards during the evening’s awards ceremony and continues to lead the brand through a relentless focus on operational excellence and superior guest service.

We want to again thank our tremendous DYNE Team for helping to make these achievements possible! 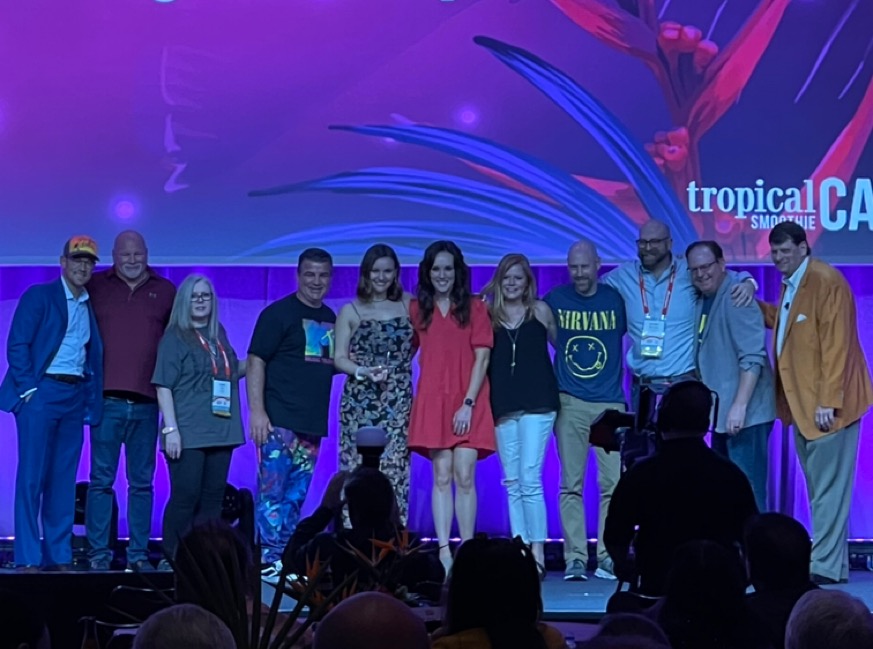